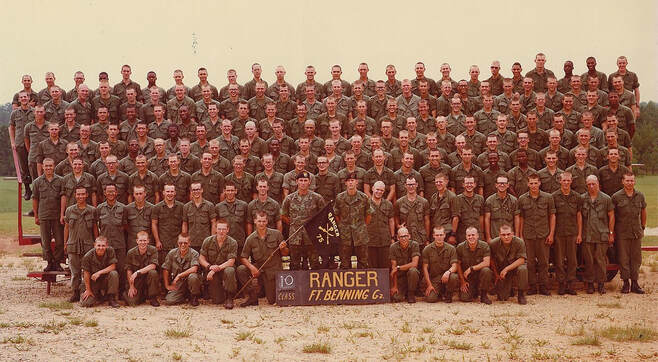 A Ranger Mindset in Salem

You have pivotal life experiences that shape the way you make decisions and how you lead. So do I. One of mine was US Army Ranger School. I graduated in 1976, at the end of the Vietnam War and the height of the Cold War. Although the connection between leading Ranger patrols through the swamp and being a state representative might not immediately be obvious, the lessons I learned will influence the way I serve in Salem.

The United States Army Ranger School is one of the most challenging military schools in the world. It is the Army’s premier combat leadership and small unit tactics course. Ranger School places all students at the uppermost limits of physical and mental stress. Ranger School is the ultimate experiment in what lack of nutrition, sleep deprivation and overtraining will do to a person. It totally sucks. That’s the common experience shared by all graduates, who call the ordeal, “Embracing the suck.” (I’ve heard serving in state legislature described the same way.)

About 60% of those who attempt the course will fail. My class was about that ratio too. It’s the toughest physical, mental, and emotional challenge the tightly screened and carefully selected candidates will likely ever encounter. That’s the reason Vietnam veteran and former Department of Military Instruction Director at the U.S. Military Academy Colonel Robert “Tex” Turner famously said, “I woke up in a cold sweat. I had a nightmare that I was still in Ranger School. Thank God that I was in Vietnam. Compared to Ranger School, combat was easy.”

Successfully graduating from Ranger School requires and embeds a certain mindset that I will bring to Salem.

​1. Do Hard Things. Ranger missions sound like this:
2. Plan For Contingencies. Ranger units operate independently behind enemy lines. Missions succeed because of strategy, not blunt force. There is no safety net. Therefore, the need for excruciatingly rigorous contingency planning is drilled into every Ranger. There is even contingency planning for when an unexpected contingency happens. The famous military strategist, General von Clausewitz, once said, “No plan survives first contact with the enemy.” A less prestigious strategist named Private Murphy coined this law: “Whatever can go wrong, will go wrong…and at the worst possible time.” ​
You can expect me to carry this contingency planning mindset to Salem and to think carefully through the potential consequences of any legislation I'll propose or vote for.

3. Get It Done. There is no room in Ranger training for whining, excuses, blame shifting, shirking responsibility or quitting. There’s far too much of that nonsense in politics. The Ranger mindset is: “No matter how impossible the mission, we will get it done. Rangers Lead the Way.”

This mindset served me well in exceedingly difficult top secret Cold War assignments along the East German Border as a Combat Arms Officer. It will serve me well – and thus you well – in Salem as your State Representative. Our state government could stand a bit of a Ranger mindset.