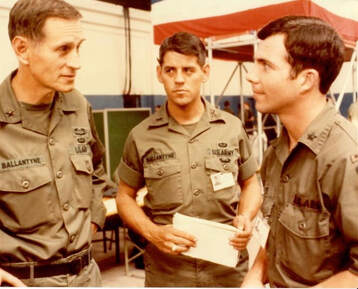 As I sit down to write this on the afternoon of Friday, February 18, news reports indicate Russia is very likely to invade Ukraine. Foreign policy isn’t really part of a State Representative’s job, but International and National events often significantly impact our state, and I do have some relevant experience and thoughts to share. There is also an Oregon connection, which I’ll get to shortly.

I mentioned in a recent post that I graduated from Army Ranger school. After that, I was assigned to serve in what was then West Germany, during the height of the Cold War. The Soviet Union and its Eastern Bloc allies were squared off with the United States and other NATO countries along the border between East and West Germany, as they had been since soon after the conclusion of World War II. This was the time when American school kids took part in nuclear drills at school; the threat of armed conflict between the world’s two superpowers was very, very real. I played a major role in planning to avert the unthinkable. Fortunately, we were successful. Otherwise, I would not be writing this, and you would not be reading it.

My job was to design extremely complex top-secret World War III simulations to help NATO forces train for an invasion of western Europe by the armed forces of the Warsaw Pact. I can’t share the details of the work, but I can tell you that the prospect of a major modern land war in Europe was and is terrifying. What Vladimir Putin appears poised to unleash upon Ukraine is bad stuff. Really bad stuff.

The invasion, if or when it happens, will be felt most painfully by the people of Ukraine, a country that is unfortunately accustomed to suffering. Ukraine was the ground over which first the Germans and then the Soviets advanced during World War II, with both totalitarian regimes brutalizing Ukrainians in the process. After the war, Ukrainians suffered decades of oppression as part of the Soviet Union before gaining independence when the USSR fell apart.

Chernobyl is in Ukraine. The area remains to this day off-limits to visitors because of the continued presence of deadly radiation due to the deceitful and negligent handling of the reactors by the Soviet Union. Ukraine spent much of the 20th Century being used and abused by its more powerful neighbors.

Vladimir Putin invaded Ukraine in 2014, and no one did much about it. So, now he’s at it again. And, probably, nothing much will happen to him if he invades again. Like a majority of Americans, especially after our abysmally botched withdrawal from Afghanistan, I have very little confidence in the US President and Vice President to be able to navigate dangerous and complex situation we now face.

The potential for a wider outbreak of conflict exists if Russia invades. Here’s where this comes home to us Oregon. One hundred twenty Oregon National Guard soldiers are deployed to Poland now, as part of a NATO deterrence mission. Poland, a NATO member, strong U.S. ally and former Soviet satellite state, shares borders both with Ukraine and Belarus. Putin is staging portions of his would-be invading army in Belarus. This part of the world is dangerous, and likely about to become much more dangerous should Putin invade. And we have Oregonian boots on the ground, and potentially in harm’s way.

At least one such Oregon National Guard soldier, Harrison Helt, is from Bend. As events continue to unfold in Eastern Europe, I am praying for Harrison and the other Oregonians in the theater. My time planning for war in Europe during the Cold War gives me a sense of the immense danger our fellow Oregonians face, and the fear their families feel. May God avert the conflict, death and destruction in Eastern Europe that, as of now, seems increasingly probable otherwise.
​