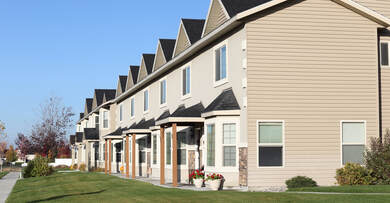 How to Fund Workforce Housing

High housing prices weigh especially heavily on the people who do the work to keep Oregon working – the nurses, teachers, first responders and valued employees in our local businesses. The result? People who could do the work of Oregon, increasingly cannot afford to live in Oregon. This fact hits families hard. Their choice right now? Endure a lower standard of living in Oregon or move to another state. Impossible housing prices have a crushing impact on our state’s economy because businesses, nonprofits and government agencies can’t find people to work, due to the high cost of living here. Inflationary wage increases are not the answer.

​While Oregon businesses and individuals struggle to make ends meet, our state government is awash in record tax revenues and federal stimulus funds. The legislature met recently to determine how to spend this windfall. This was an opportunity for our state government to help address the chronic shortage of workforce housing, but despite well-publicized handwringing about the crisis, the folks in Salem have different priorities.

What’s notably missing from Governor Kate Brown’s $2 billion wish list for this legislative session is an investment in workforce housing. She recommends $120 million to move a Portland school out of its recently renovated building and $121 million to turn Elliott State Forest in southwest Oregon into a “living laboratory” largely off-limits to job-producing timber harvests. She also seeks $400 million, which she says would be focused on keeping people from becoming homeless. Addressing homelessness is certainly desirable, but her “plan” is problematic. While there are passionate advocates for all that spending, none of the contemplated $641 million expenditure will address the reality of the housing challenges facing everyday hard-working Oregonians. None of it bolsters small businesses, builds our economy or helps working moms and dads figure out how to afford a home for their families.

To put the $641 million dollars in perspective, the Bend La Pine School District’s 2017 bond was $268 million. That paid for a new high school, new elementary school and major upgrades to most district schools. Imagine how far a few hundred million strategically invested dollars could go to support affordable workforce housing.

Reallocating half or more of that $641 million would address the much more urgent needs in Oregon’s workforce housing and the accompanying employment challenges. Those funds could, and should, be used to help bridge the financing gap faced by affordable housing developers that blocks many worthy workforce housing projects.

Those funds, coupled with relief from city and county governments on property taxes, permitting fees and system development charges, could deliver much needed housing in short order. Some of the money could also be used to help acquire land on which workforce housing could be built. This would likely need to be accompanied by changes to land use laws, similar to the recent change allowing development of affordable housing outside the urban growth boundaries of Bend and Redmond.
​
The high cost of living and the shortage of affordable workforce housing in Oregon is a huge and growing problem. It should be a top priority for the legislature to help address that problem. It has the way. It just needs the will.