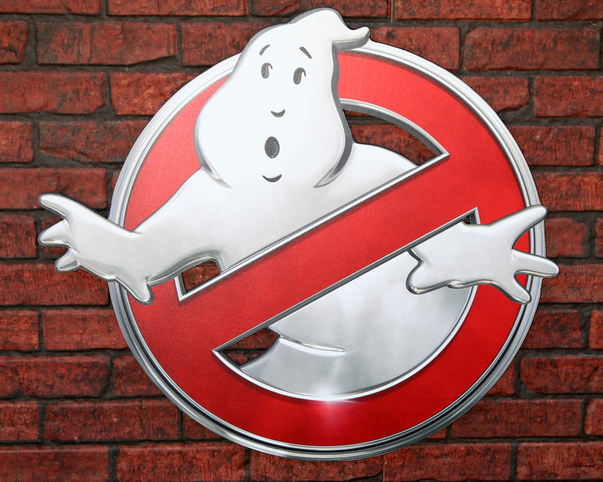 If your household is like many, the Halloween season calls for dusting off the classic Ghostbusters video with its “Who you gonna call?” soundtrack. Halloween and the political season coincide, which gives rise to a variety of comparisons. In the current political season, I say it’s time to call BloatBusters.

Throughout the campaign for HD53 State Representative, I’ve mentioned consistently that I’ll bring a business perspective to the role of State Representative. The other day, a constituent asked, “Well Mike, that sounds good, but give me an idea of what a business perspective on politics looks like.” There are many answers to that question, but for this article, let’s talk about government bloat from a business perspective.
Business Bloat. Over time, and as they grow, businesses go through predictable cycles of consolidation and distribution in terms of corporate power and control. In most companies there is a huge inclination for the management team to want to control as much as possible about the company operations from corporate headquarters. Wielding power can be addictive, and it’s common to see CEOs and top management seek ever greater levels of power and control. Some of this is driven by pride, arrogance and ego. Some is driven by fear of losing control, and thus losing money, losing a job, and even losing the company.

The fear of losing power and control over outcomes usually manifests itself in a lack of trust in the employees “in the field,” and in ever-increasing levels of bureaucratic red tape, ballooning corporate staffing, ever changing rules, policies and restrictions, and never-ending reporting requirements – usually couched in terms of “accountability.” HQ employees tend to conform to corporate doctrine, protectionism is the order of the day, and “group-think” prevails.

Corporate HQ staff salaries and benefits escalate. Overhead explodes and adversely impacts profitability as the company struggles to carry its burgeoning staff costs. Operating branches are “taxed” at ever higher rates to contribute toward corporate overhead. Customers bear the ultimate cost, however, in terms of higher prices, corporate inefficiencies, lower quality and less overall value received for the price paid.

Frequently, companies that continue with this consolidation of power implode from the weight of their own bureaucracy. Other times, if the company is large enough, it can continue to struggle on indefinitely, due to cash reserves, corporate financing strategies and the inertia gained from decades of operation. All the while though, the company is getting left behind by more nimble competitors. It sees customers exit, employee moral falter and corporate culture wane.
Sometimes, however, a new management team arrives to replace the old guard. This new team cuts out the corporate fat and builds a lean and efficient culture of trust. In this refreshing new environment, corporate leadership realizes that people “in the field” not only know more about how to do their job than the desk jockeys at HQ, but that the people doing the work know more about what the customers need and want, because they are closest to the customer. Resources, responsibilities, opportunities, and obligations are distributed out where they can be most effectively utilized. This is not an abdication of corporate leadership, but rather an inclusion of the entire company in the mission, with each person playing their own unique role.
​Oregon Bloat. While business bloat usually leads to business failure. Government bloat simply leads to more bloat. If you’ve observed Oregon state government at all over the last decade, you recognize the consolidation power play that’s taken place. Under single party dominance and the rule of a heavy-handed, dictatorial governor, the drive for power and control has destroyed trust between state officials and leaders at the county, city and school district level. It’s certainly destroyed trust between state government and Oregonians, with Governor Kate Brown ranking as the least respected governor in the country. We’ve seen ever-increasing levels of bureaucratic red tape, ballooning state staffing, ever changing rules, policies and restrictions, and never-ending reporting requirements – usually couched in terms of “accountability.”

Under single party dominance and the rule of a heavy-handed, dictatorial governor, the drive for power and control has destroyed trust between state officials and leaders at the county, city and school district level. It’s certainly destroyed trust between state government and Oregonians, with Governor Kate Brown ranking as the least respected governor in the country.

Protectionism of state employees was never more obvious than during the pandemic. While small businesses across the state were shut down by the governor (“I’m not asking you, I’m ordering you.”) and struggled to survive, state employees “worked” from home and got pay raises. When compared to similar private sector jobs, state compensation is about 103% higher. Benefits for state workers are significantly richer than in the private sector. Bottom line: if you are a private sector employer, the state government you are paying taxes to support is simultaneously competing for the workers you so desperately need.

State employees are noticeably lacking in political diversity. Of the nearly 40,000 state employees, an unusually high proportion (82%) are members of the Democrat Party. Employees seem to enjoy working in a workplace that is dominated by members of the Democrat Party. Group-think prevails. Consequently, the state has great employee retention with staff members usually staying with the organization for about 5 years. All this costs a lot of money. The state has an “administrative” budget of $19.975 billion dollars. That’s more than twice the K-12 education budget and nearly three times the public safety budget. When Democrats push back on my desire to eliminate the Corporate Activities Tax, they typically ask, “Well, where would we get the billion dollars the CAT tax raises for schools?” My response, eliminate a poorly conceived and highly inflationary tax that is raising the cost of living for all Oregonians and eliminate a billion dollars of administrative, bureaucratic burden.

Counties, cities and constituents are taxed at ever higher rates to contribute, not only to cover the operating budget, but also toward the total state biennial budget, which is now $121 billion (160% higher than 2019). Overhead is exploding and this adversely impacts effectiveness as the state government staggers under its own weight. Evidence of this are the recent massive failures of execution with distribution of Measure 110 funds, breaches of data security, breakdown of the unemployment system and rental relief programs, and the ludicrous wildfire mapping exercise.

Constituents bear the ultimate cost in terms of higher taxes, state government inefficiencies, lower quality services and less overall value received for the taxes paid. All this is why the public policy research organization Cato Institute, in its annual analysis and grading or US governors in regard to fiscal responsibility gives Oregon governor Kate Brown an “F.” This grade should be shared by the Oregon legislature, specifically including Tina Kotek and Betsy Johnson.
​
DONATE
(to help elect Michael Sipe, Republican Candidate for Oregon House District 53)