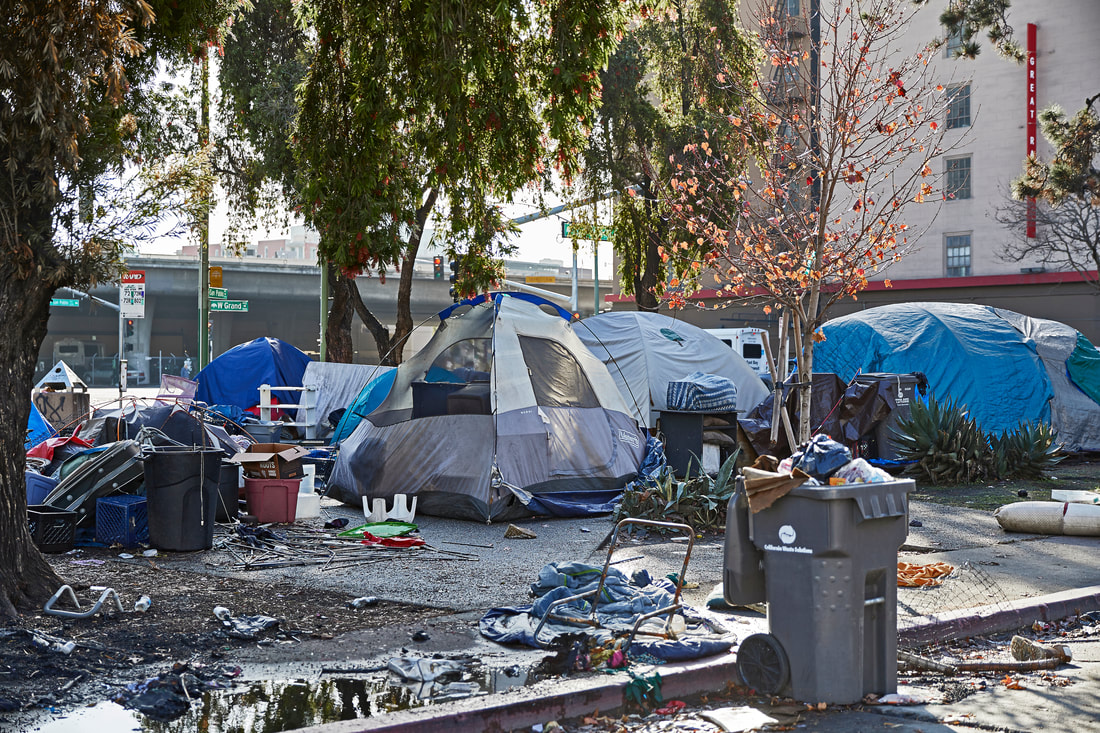 Solving the Homeless Crisis with Compassion, Realism and Common-Sense: A Businessman’s Approach

Recent polls show homelessness, addiction, mental illness, and public safety lead the list of concerns for Oregonians - as they should. The crisis is escalating. If we don’t turn the tide, it will become a social tsunami. Every day, we see homeless camps in neighborhoods and commercial areas, along highways and parks. Compassion is a right response. However, we need to face reality and change course when compassion, a desire to “love our neighbor,” or a virtue-signaling desire to look loving and compassionate leads to failure. In business, parenting, medicine, sports, and the military, when a strategy isn’t producing the desired results, we change our approach. But in government, when something isn’t working, it seems we double down and press for even more of the failing approach.

Like many readers, I have firsthand experience and knowledge of these problems. As a child, my family had so little that we lived for six years in a chicken house - with the chickens - a situation most today would likely consider homeless. My deceased wife of over 30-years was in and out of treatment repeatedly, suffering with severe addiction and bi-polar disorder. My current wife runs a non-profit focused on serving women graduates of recovery programs. I’ve interviewed people who clawed their way off the street, recovered addicts, reformed felons, street cops, nonprofit leaders, ministry leaders, politicians, community leaders, parents and business owners. Based on all this, here are my compassionate, realistic and common-sense recommendations – at the state and local level.
Expecting the impaired to make rational decisions on their own volition to get help is simply not realistic. We need to get people who are a danger to themselves or our community the help they need, even though they often don’t know or admit they need it. Finally, state law currently discourages cities from enacting and enforcing regulations against urban camping. These laws should be repealed.

​However, even if the state government takes the actions I suggest, if we don’t make dramatic changes immediately at the local level, the problem will only get worse. Here’s a summary of what I believe must be done in Deschutes County and our Central Oregon Communities.
​
First, and most essential, the citizens must decide and strongly guide our elected officials that our towns will no longer be operated as “sanctuary cities,” attracting the homeless, addicted and mentally ill of the world, as they do now. Until this fundamental perspective shift is made, Central Oregon is doomed to repeat the mistakes of Portland, Seattle, San Francisco and Los Angeles and waste many millions of dollars – to no avail.

Second, we must segment the homeless population and deal with individual people according to their unique situation. It’s not a homogenous population. A one-size-fits all approach will fail from the outset.

Third, it’s not illegal to be homeless. However, our cities and county must pass and enforce ordinances outlawing camping on public property and providing strict limits on private property camping. We must no longer allow camping tents and RVs on city streets and in unregulated areas throughout the county. For that rugged percentage of the population who just desire a homeless lifestyle, they will simply have to seek it elsewhere.

Fourth, we must actively police, disrupt, arrest, prosecute and jail the criminals who prey on the homeless population as well as the citizens of our town. Jail them or run them off. While most people in the camps are not hardcore criminals, we need to go after the ones who are: the human traffickers, the ones who rape, assault, rob, extort, and murder those who live in the camps. Permissiveness makes them increasingly emboldened to commit crimes against you, your family, and your business. We must empower and release our police officers to deal with these predators.
Finally, we need to proactively direct and compel the chronically addicted and demonstrably mentally ill into treatment facilities, or they must move on. The “housing first” approach attempted in the sanctuary cities noted above has been proven not to work. Likewise, allowing people to burn out their bodies and brains in city-sanctioned open air drug camps is not compassionate. It leads only to sickness and death.

The homelessness crisis is an existential threat, literally, to the people who find themselves homeless. It is also a real and growing threat to the social fabric of our state. We must start addressing this crisis with something like the steps above. The longer we wait, the more the problems threaten the very viability of the urban areas of our state, and the harder it will be to avert disaster for those on our streets.
​
Michael Sipe is a Mergers and Acquisitions advisor, Christian Executive Coach and Republican Candidate for State Representative HD53. ​​