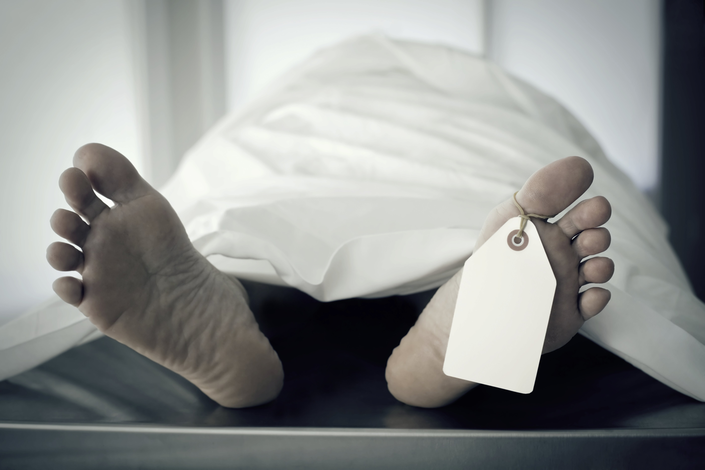 Given the vast array of challenges with the health care system in the United States, universal health insurance plan alternatives have been discussed at the Federal and State level for years. So far, socialized medicine approaches have proven expensive and problematic, or at least produced mixed results, in countries where they have been implemented. Although universal health insurance is still the darling of far-left leaning advocates, it has been rejected at the Federal and State levels.
​
Nonetheless, a legislative task force is recommending that the Oregon legislature move ahead with creating a universal health insurance system in our state. Under the plan, the legislature would create a single generous statewide comprehensive health insurance plan that eliminates premiums, co-pays, office visit fees, deductibles and co-insurance. The task force said the level of benefits should be similar those offered under the Oregon Health Plan or by the health plan currently provided by the Public Employees Benefit Board to State of Oregon workers.

​Under the proposed system, businesses and consumers would pay new taxes to cover the cost of providing a health insurance plan to all 4.2 million Oregon residents. Residents and employers would no longer need to buy health insurance.
In addition, this year’s Ballot Measure 111 – “Health Care as a Right” seeks to amend the Oregon Constitution to add that the state “ensure that every resident of Oregon has access to cost-effective, clinically appropriate and affordable health care as a fundamental right.” ​
1. Tax Burden. Oregon is already one of the most expensive states in the nation. The tax burden contemplated is $22 billion in new taxes. That alone should be enough to declare the plan dead on arrival (DOA). The additional personal income tax to fund the new system would range from zero to 8.2%, depending on the taxpayer’s income. The additional employer payroll tax rate would be 7.25% or 10.5%, depending on wage structure.

“Massive tax increases such as those contemplated here would limit the ability of businesses to create jobs, increase wages, add other benefits and invest in their communities,” according to Oregon Business and Industry, a business advocacy group. Oregon households currently pay $12 billion a year in premiums and other costs for their health care, and those expenditures would be replaced by a personal income tax amount of $9.7 billion a year under the task force proposal. However, a group of commercial health insurance companies wrote that the proposed system is based on unrealistic financial projections that it would save money compared to the existing system.

“While the task force proposal predicts that a universal health care program will reduce costs over the long term, it fails to recognize the burden the funding mechanism will place on employers and employees, especially as it layers on top of other state and local taxes,” according to the comments from the Oregon Business & Industry group.

In addition, a group of Oregon commercial health insurers -- PacificSource, Moda, Kaiser-Permanente, Providence Health Plans and Regence Blue Cross Blue Shield – told the task force that the proposal generates $1 billion in hypothetical savings by assuming a 4% administrative fee, rather than a more realistic 6%. “This underestimation is a good example of the theoretical nature of the entire plan.”
​
2. Incompetence. Another reason the concept should be DOA is because our state is incompetent to administer such a massive and complex centralized program. Just look at the recent failures of Measure 110, our appalling state educational system, the botched unemployment claims processing during the Pandemic, pandemic rent relief program breakdowns, state data breaches leaking personal health information of 40,000 state employees, and the wildfire mapping project debacle. The sad fact is that our state bureaucrats have not proven themselves capable of administering existing state programs, let alone tackling something no other state has ever done before.

The state would have to create a new state agency to run the system, including enrolling members, setting details of coverage for members and negotiating reimbursement rates to health care providers. The task force said workers could shift from working for commercial health insurance companies to working for the state system.

The draft plan contends the universal system would be less expensive overall because it would reduce current administrative costs, waste and fraud, and eliminate profits taken by health insurers. Given the State’s track record, this claim is simply not credible. The potential for massive health care related litigation is yet another reason to call the plan DOA.

3. No Cost Control. Government run programs have never been known for being cost efficient. Just the opposite, in fact. A universal health insurance program would be no different. With zero competitive pressure on costs, we can 100% expect a state government run program to quickly become bloated and increasingly expensive for taxpayers. In addition, given that the program is contemplated to cover all residents, there are all sorts of unintended consequences as Oregon becomes a welfare state supporting more and more people on the backs of hard-working Oregonians and small businesses.

​4. No Turning Back. Once the current system is dismantled and a new universal approach is launched, it would be extremely difficult or impossible to go back. Like so many failed government programs that launched with good intentions, our state would be forever saddled with the inefficiencies and high costs sure to occur with a centralized system. The proposed system would largely eliminate the role of commercial health insurance companies in the state, which currently provide insurance for more than 1 million Oregonians. Major commercial health care insurers would be forced to shed many jobs.
Given all the above, and acknowledging the many other critical problems Oregon faces, the legislature should turn its attention to problems the State has already caused, and that demand solutions, such as addiction and mental health, housing, homelessness, crime, cost of living, infrastructure needs and a failing educational system. The last thing Oregon needs is more bureaucracy, more taxes and more State control over our daily lives. The Universal Health Insurance concept should be declared Dead On Arrival. ​​
DONATE
(to help elect Michael Sipe, Republican Candidate for Oregon House District 53)