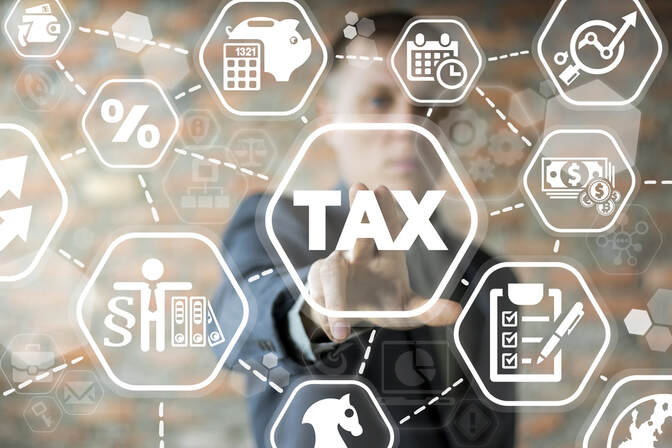 Inflation is hitting Central Oregonians hard. It's currently costing you $7,620 per year...that's $635 per month, with no signs of slowing down. People rightly blame the Federal government for pumping trillions of dollars into the economy. Between that and lockdowns at the Federal and State level disrupting the supply chain, we are in the classic inflationary situation of having too many dollars chasing too few goods and services. But it's not just the Federal government that's to blame. Much of the inflationary pain you are feeling right now is being caused by the inflationary policy decisions of Oregon government. For example:

The Oregon Legislature instituted the Corporate Activities Tax (CAT) in 2019. Every Democrat legislator approved this tax. Every single Republican legislator opposed it. Advocates pitched it as a way to fund improvements in the education system - calling it the "Student Success Act," in a typical move of legislative sleight of hand.
​
The law was a terrible idea, devoid of business or common sense. Time has proven that CAT is unfair, regressive, oppressive to small businesses, and extremely inflationary. Worst of all, CAT failed to improve public education. The Legislature should immediately give Oregonians cost-of-living relief by repealing the CAT tax. Here’s why.
As the market allows, businesses are permitted to pass the tax on at each level, and thus it multiplies, until a product reaches the retailer, which also passes along the now geometrically increased tax burden to the consumer, who is blind to how the state has inflated the cost of everything from groceries to cars to houses. If you intentionally set out to drive up prices, it would be hard to create a more insidious way to do so.

The CAT’s compounding effect on lumber is mirrored with countless other materials used in building a house. It also drives up much of the cost of the labor. Everything that goes into building the houses is increased by the CAT tax. Is it any wonder houses cost so much?
​
This same effect happens throughout Oregon’s economy. The result is that nearly everything we buy is more expensive than it would otherwise be. And the tax our state government imposed is one culprit.

I am sure there are better ways to fund education than CAT, but some might argue all this inflation would be worth it if the CAT actually made Oregon’s schools better, as our legislature promised it would. However, the additional BILLION dollars per year in taxes we pay has made no discernable difference.

Not only that, while closing schools by COVID mandate, Governor Kate Brown kept collecting the CAT tax, despite the fact that small businesses across the state were struggling to survive.

Yet even with a multi-billion-dollar windfall of funds from the CAT, Oregon schools remain mired at the bottom of national education rankings.
We cannot afford an ill-conceived and inflationary tax that has failed to deliver its promised benefits. The Corporate Activities Tax should be repealed in the next Legislative session. And if that proves impossible, then at a minimum it needs significant revision, including an increase of the minimum annual revenue amount to at least $10,000,000 instead of $1,000,000, in order to relieve the onerous cost and administrative burden on small businesses.

But I'd rather just get rid of it altogether.