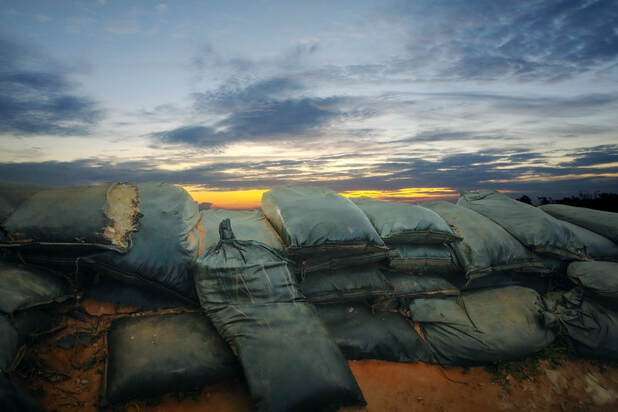 Oregon Boots on the Ground in Eastern Europe

There is a war going on in Eastern Europe and, as mentioned in my previous blog, 120 Oregon National Guard soldiers are deployed to Poland as part of America’s European Deterrence Initiative. Surprisingly, there was little Oregon media coverage of these soldiers in the immediate run-up to war, or since the war started a couple days ago. There is this story, from when the unit was mobilized in early January.

Having been faced with the massive Soviet threat during my own military service during the Cold War, I’m thinking and praying a lot about these Oregonians recently. I thought I’d share a little summary about how the Oregon National Guard works and why some of them are in Poland right now.
​
On December 13, 1636, the first militia regiments in North America were organized in Massachusetts into three permanent regiments to better defend the colony. Once the United States was formed as a nation, the critical importance of the militia to preserving a free state, along with the right of the citizens to keep and bear arms, was acknowledged and established in the 2nd Amendment to the US Constitution. Today, the descendants of these first regiments share the distinction of being the oldest units in the U.S. military, with the Army National Guard as the oldest component of the U.S. Armed Forces. It serves as the primary combat reserve of the U.S. Army.

Usually, the Oregon National Guard, which got its start as a militia even before Oregon statehood, is under the command of the Oregon Governor. Our National Guard troops are deployed to perform many tasks; like fighting wildfires, and performing riot control during the 2020 Portland riots. You may have also seen Army National Guard soldiers helping at St. Charles Hospital during COVID.

Sometimes, though, the National Guard is deployed to assist the U.S. military in missions around the world. When this happens, the Guard is subject to the usual military chain of command with the President at the top. When mobilized for duty overseas, they serve alongside full-time soldiers and have played key roles in every major military conflict in America’s history. The National Guard is an important source of manpower for our military, and it has always been so. Unfortunately, it appears we may soon need that manpower.

This brings me to what our soldiers are doing in Poland. Poland, once a communist satellite state of the Soviet Union, is now one of America’s closest allies in Europe. Poland, along with many of our other European allies, is a member of the North Atlantic Treaty Organization (NATO), the original purpose of which was to protect America’s European allies from Soviet attack. Part of the NATO treaty says that if any NATO member country is attacked, the others will help defend it.
Poland is located just to the west of Ukraine and Belarus, both former Soviet republics. Belarus is allied with Vladimir Putin’s Russia. That’s where a lot of Russian troops launched their invasion of Ukraine. Obviously, Putin has his sights set on turning Ukraine into a satellite state, or a part of Russia.

So, Poland is right on the front line of the conflict between the west and Russia.

Oregon’s soldiers are in Poland to demonstrate that the United States supports our NATO ally and will put young American men and women in harm’s way if necessary to protect it. The intent is to deter Putin from going any farther than Ukraine. Think about it. 120 Oregon National Guard against 120,000 crack Russian troops. That's not a job for the faint of heart. It was also that way back when I served, yet NATO and the free world ultimately prevailed.

Putin is a tyrant. No one really knows what he will do next. Our fellow Oregonians are performing a job of historic importance, alongside the other Americans deployed in Poland and elsewhere in Europe. They are in harms way, standing up to tyranny. They deserve our gratitude and need our prayers, as do their families.

If you know any Oregonians who are deployed in Eastern Europe right now, either as members of the Oregon National Guard or in other military units, please send me an email at mike@avoiceforcentraloregon.com. I’d like to help bring attention to the Oregonians who are bravely serving our country in these dangerous times.