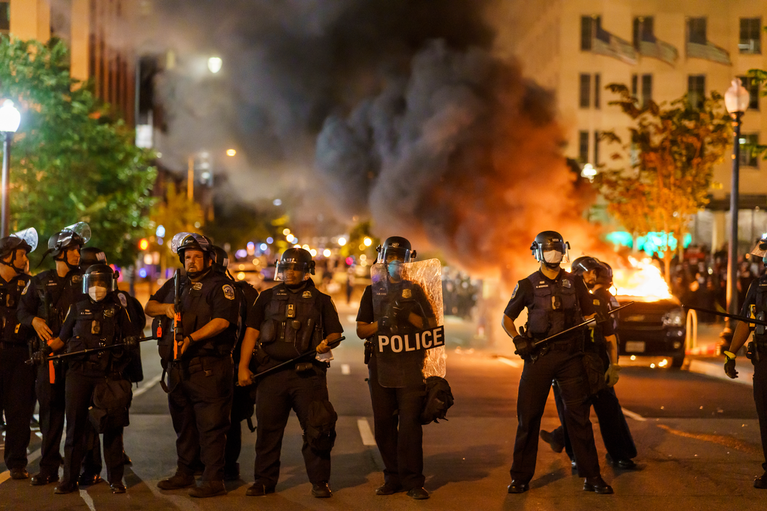 Each year at training camp, legendary Packers coach Vince Lombardi would “begin at the beginning,” by holding up a ball and telling his team, “Gentlemen, this is a football.” The more I explore Oregon government, the more it seems we have drastically diverged from the basic purposes of government. We need to go back to the beginning, take a close look at the “football,” and remind ourselves why government exists.
There are certainly other functions of government, but we need to realize that law, order and security must first be established before we can meaningfully attend to any other roles of government. When law and order breaks down, a community begins to unravel. Murder and theft skyrocket, property is destroyed, citizens live in fear, families are broken, people leave, and businesses are devastated. The foundational reasons to gather in community are undermined. Portland, Oregon is a sad and well-known example of this.

The first duty of government is to provide law and order. When government, whether it be city, county, state or federal, abdicates on this responsibility, culture degrades, and citizens suffer. It’s even worse when a government not only abdicates, but actively dismantles the very fabric of law and order. Defunding, denigrating and impeding the legitimate functions of the police is the epitome of stupidity. When government officials enable, champion and even participate in violence, rioting and destruction in the streets, that’s an example of doubling down on stupidity.

Yet, at the state level, and certainly in Portland, that’s exactly what we have done in Oregon over the last few years. One of my key campaign contentions is that the core values of Central Oregon are superior to those we observe in Portland and other permissive cities, and that they are worth protecting. Public safety is an example of a Central Oregon value we need to not only defend, but that other parts of Oregon would do well to emulate. As a whole, Central Oregonians are respectful of each other and live quietly in community as law-abiding citizens. In general, we value life, private property, order, and civil behavior. We honor and support our local police departments, county sheriff’s office and those who serve us in law enforcement.

Although no community is exempt from criminal activity, Central Oregon has a remarkably low crime rate. This is especially noteworthy since we receive about 4.5 million tourist visits each year, and for the most part, the tourists behave as well.

We must attribute much of this to our Central Oregon culture and the hard work of our excellent law enforcement agencies. For three confirming and educational perspectives on public safety in Central Oregon, take a few minutes and listen to my conversations with Bend Police Chief Mike Krantz, Deschutes County Sheriff Shane Nelson and Black Butte Police Chief Jason VanMeter in my Cascade Views Podcasts.

If elected to the Oregon House of Representatives, I’ll be a strong advocate for law and order, public safety and those men and women in law enforcement who serve us so faithfully and selflessly. I will work to defend, not defund the police.