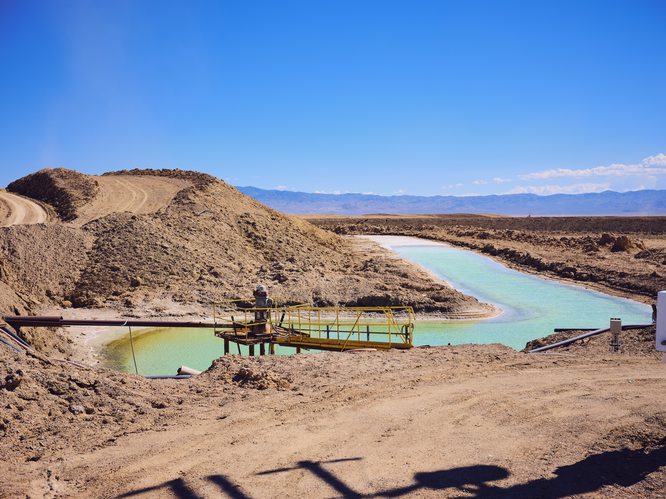 Let’s kick off what will likely be a controversial article with the statement that I am pro-environment. Much of my free time enjoying the outdoors: sleeping under the stars, flyfishing lakes and rivers, running whitewater and hiking mountain trails. I love the outdoors and am passionate about keeping our air, land and waterways clean. ​​
For the last few years, there has been much talk about global warming, which became climate change and now “climate chaos” as an “existential” threat to mankind that we are bringing on ourselves by the irresponsible way we live upon the earth. Apparently credible scientists argue the case that humankind is doomed unless we transition quickly away from petroleum products, drive electric vehicles and heat, cool and power our society all electrically using only “renewable” energy sources like solar and windfarms. Equally credible scientists argue that the climate change fears are overblown and that the alternative paths proposed and the pace of moving down “Green New Deal” paths bears much more risk to us than death from climatic variations.

Although I’ve read a lot about this topic, I’m no climate scientist. I’m just a commonsense guy who’s lived through a lot of “end of life as we’ve known it” scares over the last few decades. Here’s my current position: Of course, we have to pay attention to climate change, on both practical and strategic levels, but I’m much more concerned about taking radical, hasty action based on climate alarmism.

My position on this is undoubtedly controversial. The climate change debate is very contentious. As with any contentious issue, before we begin to make life changing decisions, we must examine the potential motives of the ones making doom and gloom climate change allegations. Eloquent and passionate arguments may be persuasive (as intended) but they may not be valid, and they most certainly are driven by underlying motives. Here are some:

These conflicting private agendas illustrate the fact that we will always face environmental trade-offs and difficult choices as we live on and with the land. ​

Most of Europe jumped off the Green Energy cliff and now millions of people face a loss of power and a very cold and killing winter due to the hasty and imprudent actions of their political leaders. More people die from exposure to extreme cold than exposure to heat. As Europeans scavenge the forest and cut down trees for wood to keep warm and stay alive, the situation is becoming quite medieval. We don’t want that here in Oregon. It’s time to slow down and apply a bit of common sense to this discussion, before we follow the tragic example of Europe and California and jeopardize the livelihoods and well-being of all Oregonians.


​1. Environmental. Nearly every approach to producing energy has tradeoffs. Most approaches touted as “Green” have significant environmental downsides. Wind turbines are not only unsightly, they wear out and the blade disposal problem, in particular, is significant. Turbine blades spinning at 100-180 mph are devastating to birds, especially endangered species like eagles. Lithium mining is far from “Green,” as well as employing often exploitive labor practices. Used lithium battery disposal is a toxic nightmare. Lithium batteries are extremely flammable and burn very hot. Not only that, burning lithium batteries have been found to leak more than 100 toxic gases including carbon monoxide. The gases, which are potentially fatal, can cause strong irritation to the skin, eyes and nasal passages, and harm the wider environment. Finally, the electricity necessary to charge the batteries may not come from solar, wind or water power, and thus, even though an electric car won’t have emissions, that does not mean that there are not emissions from the upstream power generation. Everything has a tradeoff…including an environmental tradeoff.
3. Loss of Liberty. Consider the freedom and flexibility that is available to you, due to gas and diesel-powered vehicles. Contrast that to your loss of liberty if you only have an electric car and the power is shut off for an extended period of time. If you run out of charge in your electric car in a remote area far from a charging station, I bet you’ll long for the days of gas-powered vehicles. Also, have you considered the loss of time, flexibility and inconvenience of charging a car, which can take from 30 minutes to eight hours, vs a 5-minute fill-up of your gas-powered vehicle?
​
Wrap Up.