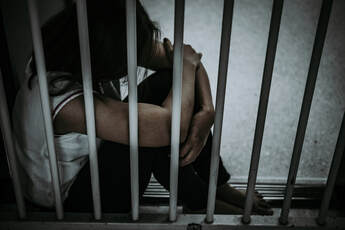 Leadership Lessons We Must Learn From COVID Responses

Preface: I wrote this article originally in May 2020. Nearly two years now from the start of, what I call, the COVID era, my observations have proven accurate. I’ve added updated comments as of December 2021 in italics.

If you’re a leader, you face regular challenges. It goes with the territory. Problems arise. Timeframes are short. Resources seem limited. The stakes are high. The fallout from failure looms large. You feel the urgency to act. You fear what might happen if you don’t act. The people you lead are clamoring for a decision. Ignorant opinions abound. Seems everyone has a vested interest, ulterior motive and a slick argument. The crowd all seems to be stampeding in one direction.

Sound familiar? Chances are you’re in that situation right now as a consequence of the decisions made by many state governors and some city mayors to lock down America, close businesses and restrict Constitutional freedoms in an ill-considered response to the corona virus.
TINA strikes in moments of challenge. You’re stuck in the middle of a problem and desperate to get out. Fear rears its ugly head. Your stomach is in knots. Your pulse is racing. Someone suggests a so­lution. It sounds good. You don’t have a better idea at the moment. The pressure is on. Leaders aren’t supposed to panic, but, truth be told, you panic. You speak those fateful words that will come back to haunt you and those you lead: “We’ve just gotta do this...There Is No Alternative.”
We watched this happen with our elected officials throughout the pandemic. Let’s give them the be­nefit of the doubt. Let’s presume there was no conspiracy, politics, personal as­piration, research-funding considerations or ill-intent. Let’s presume they are simply good people, trying to do good work. But, if that’s the case, I contend they panicked, and TINA got them. When faced with the threat of the corona virus, they rapidly made the fateful decision that there was simply no alternative but to lock down America and handcuff business. That de­cision will have (has had) devastating and crippling consequences. Consequences that should have and easily could have been anticipa­ted and avoided. But TINA got us.

We’re all susceptible to falling victim to TINA. It could happen to you. There’s a good chance TINA is after you right now in the fallout we face from lockdown policies and mandates. Be­fore we look at how to guard yourself against a TINA attack, let’s look at what happens after TINA strikes. These things are so predictable, we can call them laws.

The Law of False Dichotomy. A dicho­tomy is a polarizing contrast we construct between two ideas, approaches or values. The false dichotomy asserts there are only two mutually exclusive and opposing al­ternatives, and we can only choose one. This leads to the flawed conclusion that There Is No Alternative. Often the choi­ces presented are emotionally charged, values-driven and passionately argued, such as those presented to us in the CO­VID crisis: Life vs. Death. Health vs. Mo­ney. Safety vs. The Economy. Selfishness or Caring. The scarci­ty mindset (or un-seen agendas) behind a false juxtaposition limits our ability to seek broader, more global solutions that could provide approaches to address all considerations, producing unity and colla­boration, instead of division.

The Law of Commitment. Once a TINA driven decision is made, there’s an emo­tional commitment made. We become invested in the chosen course of action. The language of commitment is familiar: “There’s no turning back. We just gotta do what we gotta do. After all, a leader has to stick with her decisions. Quitters never win. Besides, what will people think?”

The Law of Commitment often keeps us from seeing our mistakes and recognizing the adverse consequences as a result. If we do see our decision is bad, we often won’t admit it. We pridefully die on a hill we should’ve abandoned long before. We’ve seen this happen over and over as politicians and the media double and triple down on terrible and untenable positions in order to save face, and because they are trapped in the “no alternative” conundrum.

The Law of Consistency. Closely related to the Law of Commitment is the Law of Consistency, which requires us to act in accordance with the case we’ve declared, because of the immense pressure we feel to act in integrity with our declarations, even when our decisions and declarations are wrong. Note that integrity in this case does not mean right, righteous, noble, moral or good. It means making our words and actions line up…regardless of whether the words or actions are correct or appropriate.

CYA - The Law of Justification. The more apparent it becomes our decision was wrong, or that the negative outcomes of the decision are too great, the more ten­dency there is for us to justify our cha­racter, position and decision. There’s a scramble to Cover Your Ass-umptions (CYA). Again, we’ve seen this play out repeatedly in the press, in government and with individuals (regardless of political position).

The Law of Unintended Consequences. TINA driven decisions usually have unin­tended consequences. Sometimes they are good, sometimes bad, but because we failed to engage in a rigorous deci­sion making process, we end up surprised by the consequences. But most of them could have been anticipated, avoided or designed around. The results of lockdown in response to COVID-19 are: massive fear, staggering unemployment rates, econo­mic depression, countless bankruptcies, mental illness, addiction, heartbreaking abuse, suicide, anxiety, divisiveness and a welfare mindset. All these terrible out­comes could have easily been predicted with just a little thought. Instead, the most flawed public policy decisions in Ameri­can history were mandated. TINA got us.

There is Always an Alternative. As lea­ders, we can’t allow ourselves to get
TINA-fied. The ramifications of flawed de­cision making are simply too damaging for those we lead. So, how do we avoid this pitfall? Here are a few suggestions.

First of all, whenever you hear the words: “There is No Alternative.” or “We have no choice,” huge red flags should go up. There is always an alternative. There are always options. Part of a leader’s job is to look for options, to seek clarity and to cast proper vision. An ancient proverb says: “Where there is no revelation, people cast off res­traint; blessed is the one who heeds wis­dom’s instruction.” Succumbing to panic is an example of casting off restraint. Let’s seek wisdom before taking rash actions.

Beware the Dichotomy Trap. Step back from the right vs. wrong, either/or, false choice arguments and look for a larger solution that encompasses all concerns.

Slow Down. My cabinetmaker father used to say, “If you won’t take enough time to do it right, you’ll waste a whole lot more time cleaning up your messes.” Closely related was his instruction to always: “Measure twice...cut once.” Rushing criti­cal decisions leads to tragic mistakes.

Deliberate. One pronunciation of deliberate means “steady and measured.” Another means to seek wise coun­cil and to discuss problems from a va­riety of perspectives. The pressure to succumb to TINA causes us to forget that: “To a hammer, everything looks like a nail.” Likewise, to an epidemiolo­gist, everything looks like an epidemic. Deliberating on diverse viewpoints in a steady, measured way produces the crea­tive options that TINA blocks.

Ask Better Questions. The quality of an answer is always dependent on the quality of the question. Here’s an example. Ques­tion: “How much is government willing to spend to defeat the corona virus?” Answer: “$6.2 Trillion.” Question: “What’s the best way to use that $6.2 Trillion?” Answer: Most of us could think up many options superior to wasting all those tax dollars in a futile attempt to clean up the devastating mess caused by lockdowns and mandates.

Proceed Pragmatically. Pragmatic lea­ders deal in conversations of cause and effect, actions and likely reactions. They evaluate each potential course of action in light of its possible consequences. The pragmatist is interested in taking actions that produce optimum outcomes. Prag­matists know TINA is a lie. Instead of TINA, embrace the truth of TIAA.

TIAA: There Is Always An Alternative. Let’s find the best one.

In our nation and state, we remain locked down more by TINA at this point than by government officials and media. We need to break the cycle. There Is Always An Alternative. ​​