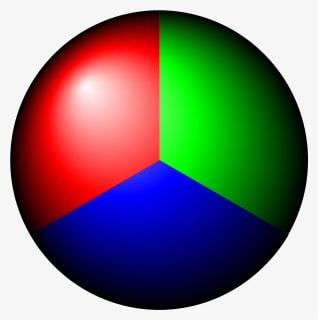 Thank you to all who supported and voted for me in my campaign for House District 53 State Representative. My team and I executed a comprehensive, positive, policy-focused campaign to the best of our abilities.

The final votes have now been tallied. Unfortunately, I fell short by 509 votes. Emerson Levy received 19,584 votes, and I received 19,075. Thus, Ms. Levy will hold the HD53 seat for the next two years. I congratulated her, as it’s a position she’s long coveted, and extended my best wishes to her and her family.

Obviously, this is not the outcome I desired. Through the campaign, I figured out how to help solve many of the broken aspects of Oregon government from a practical, business-minded perspective. I was ready to go to work to help fix our many problems. Thus, it’s disappointing that I will not be a moderate, mainstream, conservative voice in Salem in 2023. Our state government is seriously out of balance. Having two Democrat Representatives from Central Oregon will not help.

The HD53 election outcome does not imply any kind of electoral mandate. Practically speaking, those of us who voted were about equally split. Notably, however, approximately 31% of the HD53 electorate simply didn’t vote. Therefore, Ms. Levy goes to Salem with the backing of only 34.9% of the total HD53 electorate. That’s hardly a sweeping vote of confidence and approval. The HD53 election is a graphic example of why every citizen's vote matters.
For the new HD53, those conservative areas were replaced by more of the northern section of Bend, as well as what is now left-leaning Sisters. It was a very clever Democrat legislative move - and it worked.

The effect of re-districting was exacerbated by the well-known out-migration of conservative families fed up with Oregon’s failing school system and Kate Brown’s draconian COVID policies. Those homes were filled by the in-migration of more left-leaning families from California, Portland and Seattle. In addition, we had two more years of voting-age high school and college graduates coming out of what can kindly be described as a left-leaning educational system. Bottom line - the newly drawn HD53 has significantly more Democrats than Republicans...especially in Bend.

The result was that Republican candidates in the northern Bend precincts 1, 6, 7, 11 and 35 received only 21-39% of the vote. This was the case for Christine Drazan on down the ballot (including me) through County Commissioner and City Council. In other words, all Republicans got creamed in those HD53 precincts.

Conversely, all the Democrat candidates from Wyden, Kotek, and McLeod-Skinner on down the ballot received up to 79% of the straight-ticket vote in these new HD53 precincts. Redmond, Tumalo and Eagle Crest precincts voted strongly for me, but that was not quite enough to in this election to overcome the impact of northern Bend voting so strongly party-line Democrat.

Make no mistake, the numbers show clearly that Ms. Levy was carried to a "win" simply on the down-ticket Democrat vote, not on the basis of her policy positions or campaign.
​
Additional factors influencing the vote included inflammatory campaign advertising from the left on abortion, gun-control, January 6, and Donald Trump. None of these extraneous topics have anything to do with the very real challenges facing our state, but they did incite the fears and passions of many left-leaning voters.

As a first-time candidate running in a brand-new district, neither I nor anyone else knew what voters might do. Now we know. Given how close the 2022 race was, we also know how to prevail in 2024.
Going forward, I have two vibrant businesses and a foundation to run. I’ll continue to serve our region by leading major regional events: the 8th annual Central Oregon Prayer Breakfast (May 12), the inaugural bi-lingual Celebrate Central Oregon festival with Mike Silva (July 15), the 2nd annual Central Oregon Business Forum (September 27), the 31st annual Bend Christmas Parade (December 2), plus another “to-be-announced” event.

I’ll continue to speak for commonsense in government. Oregon is headed the wrong direction in too many ways to note here. There’s much work to do, but it’s worth it. Oregon is worth it. Central Oregon is especially worth it. I believe positive change is possible. Thanks to those who agree. Let’s press on.

Michael Sipe
​
P.S. Please do not give-up! The Democrats eked out a win this time, but they do not have anything even close to a mandate in HD53. Levy goes to Salem with only 35% of the electorate in her camp. Essentially half those who voted in HD53, voted for me. And 31% of the voters remain available to be persuaded. The good news/bad news is we can expect things to get worse in our state.

Hopefully, more and more Democrat voters will wake up to the fact that their team is the one wrecking Oregon. ​​
DONATE
(to help elect Michael Sipe, Republican Candidate for Oregon House District 53)