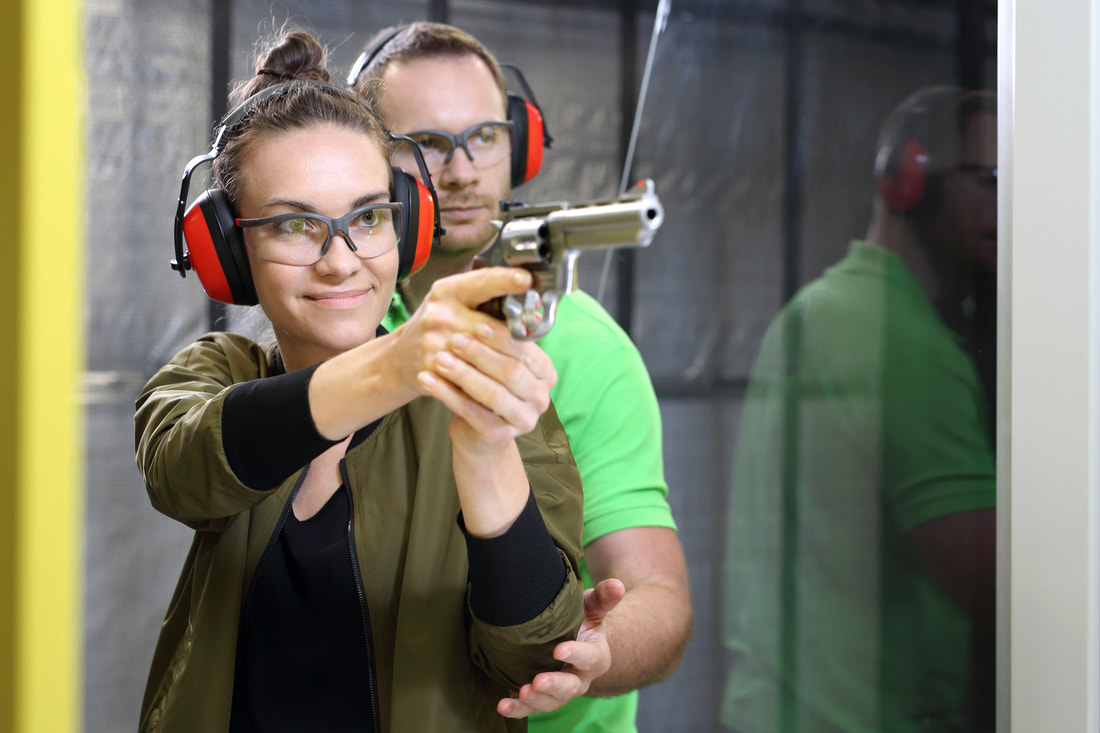 The recent horrific shootings in Uvalde and Buffalo have caused Americans to, once again, focus on national and state gun policies. Oregon has not been immune from mass shootings, and the Oregon legislature should consider gun policy changes that could reduce future violence, while preserving the Constitutional rights of Oregonians. As an Army officer, I swore an oath to protect and defend the Constitution…all of it. I never renounced that, and I am strongly pro-2nd Amendment. However, I have a few reasonable gun safety policy suggestions below.

My suggested safety, educational, and structural policy changes won’t satisfy extreme anti-gun factions or passionate gun control advocates. They also will likely not be fully embraced by those desiring free and unfettered access to firearms. Nonetheless, my suggestions should make sense to most people. I believe they could make a difference and save lives…an objective I think all should agree on.

Mass murder is a complex problem without an easy solution. Three factors seem to recur:

1. Broken Families. The people – usually young men – who commit these crimes are often from the kinds of broken, dysfunctional families that are all too common these days. Deep flaws in our education system – especially in the early years - play a part in this. America badly needs cultural, educational, and spiritual reformation. As a society we must attend to the development of healthy childhood identities, so that young people don’t feel a need to seek attention, a moment of fame and “identity” through horrific criminal behavior. Although society and schools can be improved through wise legislation, ultimately, we can’t legislate morality, fidelity or healthy families.

2. Mental Disorders. Mental health disorders, often connected with addictive behaviors, or perhaps associated with a grievance or trauma resulting from abuse (either real or imagined), are common among the people who commit mass murder, regardless of the weapons they use. Funding and establishing mental health treatment facilities is a legislative function that has been tragically neglected. That must change immediately.

3. Criminal Mindset. A criminal mindset drives evil behavior. Criminals conduct mass murder, not law-abiding citizens. Evil has existed since the beginning of time, it exists today, and it will exist tomorrow. That’s why well-manned, properly equipped and highly trained law enforcement agencies operating within a strong system of law and order are essential. Controlling the criminal element and keeping people safe from bad actors is a fundamental role of government. Rather than hampering and defunding police, state government should champion, support and fully fund law enforcement and public safety.
Mass shootings, by definition, involve firearms. While acknowledging that the mass murder of children is a terrible and hugely emotional issue, a sober analysis of gun policy, not one driven by knee-jerk reactions, excess emotion, fear, anger or political agendas, is needed. Failure to do so is irresponsible. This analysis must be based in the reality that American citizens have legitimate Constitutional rights, while remembering that all but a miniscule fraction of the millions of gun owners in this country keep and bear arms safely and responsibly.

I’m one of them. I’m experienced with and comfortable with guns. I got my first rifle at age 12, started hunting at 13, shot competition rifle in a state championship team through high school, shot competitively in the Army, served as an Army Ranger combat arms officer, own a variety of guns, am an NRA member, have a concealed carry permit and graduated from speed-draw, rapid-fire urban combat training. In every instance, education and a healthy respect for the weapon has been an imperative aspect of gun handling. Safety, caution, and responsible use was stressed. It started with my father and the adults who mentored me as a child and continues to this day. Much of this is sadly missing in general society today.

That fact does not warrant limiting law-abiding adults’ rights to own firearms in America, including home defense shotguns, semiautomatic pistols and semi-automatic rifles. There are many legitimate reasons to own guns, including:

2. Hunting. Despite those who believe meat grows in cellophane packages in Safeway, hunting is a legitimate human activity.

However, as valid as these two activities are, they are not the reason for the constitutional protection of gun ownership. The next two reasons are the point of the 2nd Amendment.

3. Self-defense. The right to protect oneself and loved ones is fundamental. Whether fishing the snake-filled banks of the Deschutes, hiking cougar country in the Cascades, or camping amongst bears in Alaska, being properly armed outdoors makes sense. Likewise, being prepared to defend against human predators is prudent and responsible, as criminals seek out the naive, soft, vulnerable, weak, careless and unarmed. Strength, preparation, training and awareness is a very real deterrent to being a victim of crime.

4. For defense against foreign and domestic enemies. Anyone who thinks a hundred million well-armed Americans is not a deterrent to invasion by a foreign enemy has not seen war and is simply naive.
This fourth reason legitimizes ownership of high powered semi-automatic weapons, including those with high-capacity magazines, that bring a degree of parity to a potential firefight. As one of my self-defense instructors said once, "Don't bring a knife to a gun fight." The same concept holds true for national defense, whether against foreign or domestic enemies. In the words of President Theodore Roosevelt, we should, "Speak softly and carry a big stick."

The founding fathers held a skeptical view of government and so do I. That’s why I’m opposed to gun permits. We already have our permit in the 2nd Amendment. It's why I'm opposed to excessive firearms restrictions, universal licensing protocols, and red flag laws. I’m also leery of the potential for abuse in unqualified, or perhaps improperly motivated, accusations of mental health issues. ​
​
There are over 400,000,000 firearms in the US, and well over 334,000,000 people are not abusing the right to keep, bear and use them. However, murderous behavior has been a terrible aspect of the human condition since the beginning of time, and there certainly are illegitimate and criminal uses of firearms. That criminal behavior has well-documented tragic outcomes, as evidenced by appalling shootings in our state and across the country. Therefore, subject to further refinement, here are some reasonable policy changes I believe should be implemented to mitigate the killing.

1. Age Restrictions. Limit gun sales to those under age 21 to single shot rifles, revolvers and bird hunting shotguns. I see no compelling need to sell a semi-automatic weapon to a youth. Rather, we should teach them to use firearms safely, wisely and accurately...one carefully aimed shot at a time.

2. Education. Require would-be gun buyers to pay for and provide proof of general in-person gun safety education, plus specific education pertinent to the exact type of gun to be purchased, prior to any first purchase of that type of firearm.

3. Regular Training. Require proof of updated training every five years before authorizing further purchases. As a young person, a military officer, and a civilian adult, safety orientations, education and training have always been integrated into proper firearms use for me. This should be the norm in our society as well. Regardless of one's perspective on gun ownership, everyone should be in favor of gun safety and training.

We should take legislative action to address the three factors described above that are common in mass murders. We can also establish commonsense, prudent steps to improve gun safety and prevent disturbed and angry individuals from having the opportunity to take immediate delivery of a purchased gun.

This policy change should have the desirable additional benefit of reducing impulsive, emotion-driven suicides. Studies such as those done by the New England Journal of Medicine and Stanford find a very high rate of suicide in the 30 days immediately after the deceased purchased a handgun, which is indicative of the mindset and motives of the purchaser. Let's slow things down, and hopefully save some lives.

The educational requirements and cooling off period should also impede those who might otherwise buy a gun with the criminal intent to immediately murder innocent people, whether that be one person, a family, attendees at a street festival, shoppers at a store, or dozens of school kids.

Nothing we do can be guaranteed to keep a determined criminal from acquiring a gun, or any other weapon. However, increasing age restrictions on semiautomatic weapons, slowing the speed of purchase, and increasing education on proper gun usage and safety are all reasonable policy changes that will make our communities safer and save lives, without infringing on the core purpose of the 2nd Amendment and the Constitutional right of Americans to keep and bear arms.